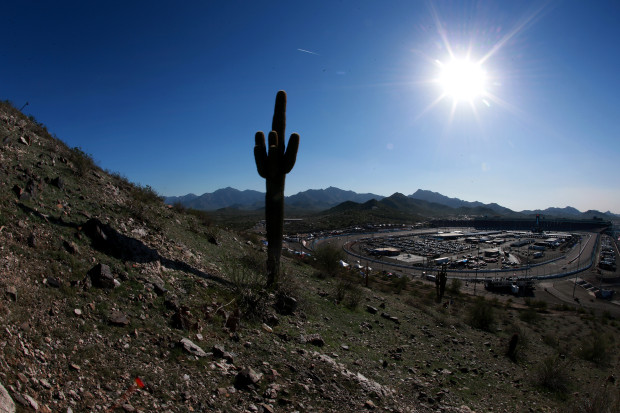 “A Phoenix-area business group has launched a campaign — complete with shrink-wrapped SUVs and a slightly snarky Twitter account — to lure frustrated Bay Area residents and companies away from Silicon Valley,” Hansen writes.

If you’re seriously considering a move from the Bay Area to Arizona, here’s advice from some who have gone before you:

1. The reader forum at City-Data, an Illinois-based social networking and information website that presents information and data that pertains to U.S. cities:

After a reader sought advice about moving to Chandler — saying “I heard about the heat, we think we can handle it. We are slightly nervous about the scorpion issue at Chandler” — here’s how readers responded:

“Yeah tons of people you folks are coming here in droves. If you want something resembling the Cali lifestyle make sure you move to central Phoenix or the east valley. Phoenix is basically like LA but smaller and cheaper. And let me clarify, people that claim there is nothing to do usually moved from a college or urban life and bought a nice big house or apartment out in Gilbert or some such suburbs. That’s like moving to San Jose and asking where the San Francisco culture is. And in recent years downtown and central Phoenix has become just as full of bars restaurants and culture but less of a party zone and more of a yuppie zone. The major difference you’ll find is distances and density. People from Dallas or LA don’t mind because it’s similar to those cities but you might notice it as a Bay Area person.”

“I moved from San Francisco to Chandler in 2003. You will experience culture shock and climate shock, but you will adapt if you make the effort. Consider what my Mom says, ‘I can live anywhere. It all depends on the people I befriend.’”

“I was born in the bay area … What I did was I scouted the Phoenix metro twice: The first time was to see if I actually liked what I saw. The second time was an apartment hunt. I got a job very close to the area that I picked out to live in. (I did it backwards). The heat … yea the heat is a different issue. Even though I am still new to the area, the heat can be an issue for some. If you’re coming from a coastal city such as SF, Pacifica, or Daly City, then Lord have mercy. It will be a DRASTIC change for you. If you’re coming from a far out East Bay city like Concord, Brentwood, or Pittsburgh, then the heat here wouldn’t be (that) steep of a change. Also, IT DOES NOT COOL OFF AT NIGHT. I was driving around 10pm and my phone said it was 105 degrees and it felt like it. That’s the one thing about California that I do miss.”

“So I’m familiar with the differences of the areas: 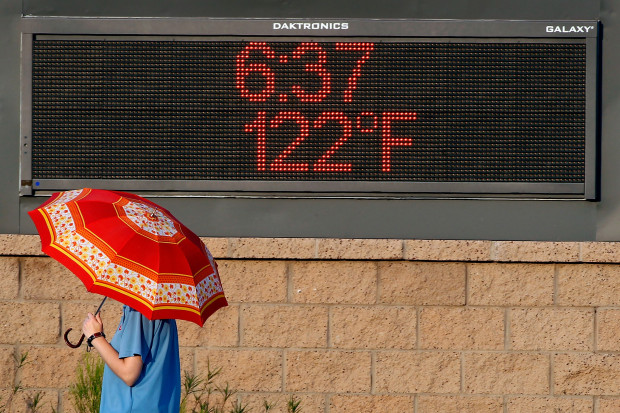 “Hi there! I live in the Phoenix area (in the SE Valley) and can heartily recommend it if you can stand a few months of heat. The cost-of-living is substantially lower than SF, housing costs are slightly below the national average. You could easily find a dog-friendly house to rent for around $900-$1200/mo, and you could put the difference in rent into a savings account for a down payment on a mortgage (or whatever else you want to save for). We have a very vibrant housing market — the Phoenix metro area is constantly growing, and the housing market has been historically very healthy, 2008 notwithstanding. Property taxes are comparatively extremely low, which is a huge bonus if you’re interested in buying. Utilities cost less per unit, though you’ll use more electricity in the summers due to the increased heat. Overall, you would be able to comparatively save a lot of money living out here. If you’re only looking at 2ish years, then buying may not be a wise option — renting is usually preferable in the short term. But if you were interested in buying a house and then renting it out when you moved back home, that may be worth doing. You would want to find the approximate rental and purchase prices for the properties you’re interested in and running the numbers.”

“Phoenix is pretty safe for a big city. As long as you don’t go in certain areas late at night you should be fine. Don’t pay attention to the movies. You should be fine being Asian in Phoenix. You might face a little discrimination in more affluent areas, but overall the people are nice so you kinda just ignore it. How much money you need to live here totally depends on what you need to be comfortable, and where you wanna stay. You mentioned Scottsdale so a 1 bedroom apartment will cost around $1,200 – $1,500 depending on the area and amenities. HOWEVER, the cost of living here is increasing annually by an average of 6-8% so you need to also take that into consideration. The only utility that is pretty pricey is electricity use in the summer because of needing constant A/C. I paid an average of $110 last year per month during the summer, and I live in a small little studio. Having a car is highly recommended if you want to get around here. Car insurance is also high here because of so many accidents, so watch for that.

“Water will only be an issue if it’s mishandled by our representatives. Arizona has underground reserves, we have rivers, and we share two lakes with California and Nevada. MOST of the water we use by far goes to agriculture. Worst case scenario, Arizona won’t be used to farm various crops anymore and will hurt local farmers. I don’t think it will ever come to that point though, we have a lot of contingency plans. I think heat coupled with CO2 emissions will be an issue with Phoenix life long before water will, when you take into consideration how many people are moving here. The air quality can get really bad in the summer.

“Illegal immigration and homelessness is an issue that is heating up here. Apparently ICE is dumping tons of people looking for asylum at random bus stops in Phoenix because they have no where else to put them. Also, last year officials were caught moving kids into buildings in the middle of the day from the border. Just really shady shit. The attitude toward brown people here is really iffy at times. It was shady back in the days of Joe Arpaio but I’ve personally seen and caught some of the brunt of the animosity. I’ve been called racial slurs that are derogatory words for latinos at my place of work and I’m not even latino. Don’t get me wrong, MOST OF THE PEOPLE HERE don’t give a —- what color you are but after talking with people, interacting with other Latinos I work with, and just seeing with my own eyes how others are treated, it’s definitely noteworthy.

“Phoenix is the best city to live in on the west coast in terms of potential, economy, and affordability. I dare anyone to challenge me on that statement. Phoenix is on the rise with so much industry moving into town and with so many investments being made. As long as you keep up with the cost of living, you can definitely thrive here.”